This past weekend, we had the exciting opportunity to present our game at the Pacific Science Center in Seattle! We were there with about a dozen other games created for the Seattle Indies Game Jam held two weeks ago. Since then, we and the other jammers have been polishing up our games in anticipation of the showcase. 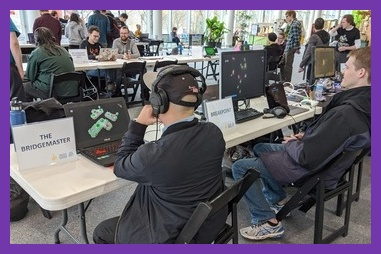 PacSci hosted the venue for the game jam itself as well

We were also absolutely thrilled to be recognized with the showcase’s 🏆 Community Choice 🏆 award! During the exhibit, votes were collected from the attendees on their favorite game, and we are super grateful to everyone who voted! To be honest, I was not expecting this given the many great games on display, and I strongly encourage everyone to check out the other submissions as well. 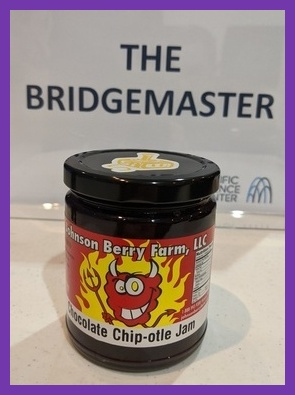 The prizes for the game jam were… jam!

In this post, we’re sharing what we’ve been working on since the jam, what we learned from the showcase, and what we plan to do next.

In the previous devlog post, we covered 5 key points of game design, and over the past two weeks, we focused on those points we thought needed the most attention. We believe our efforts during the jam reasonably covered (Game)Play, Polish, and Progression, so we prioritized Payoff and Personality next. This involved adding: 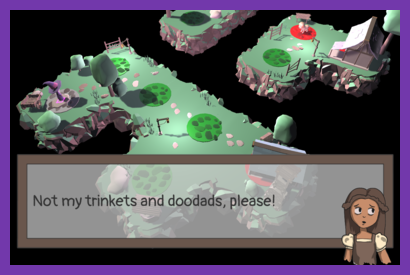 The villagers show a peculiar attachment to their belongings

Beyond these, we made a variety of other improvements: 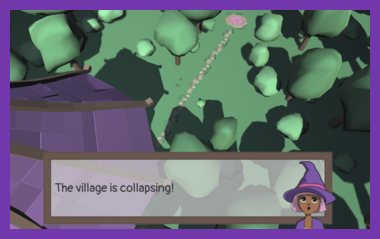 The intro sequence serves to set the premise

We also squashed a few bugs:

One of the great benefits of exhibiting at the Pacific Science Center is the wide range of people who show up and play your game (we’ve previously presented both Else Return Home and Good Night Rowan there). Because there are a lot of families, you get toddlers to parents playing your game. Some are experienced gamers, and others rarely play games at all. Kids especially provide some of the most honest feedback you’ll ever get! And, you get to hear fellow game developer feedback from the other exhibitors. 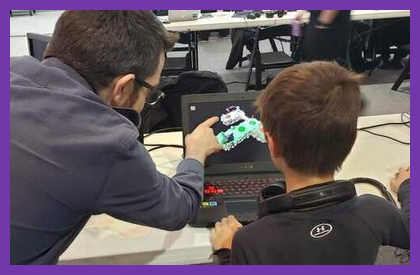 Kids really teach you how to explain things better

Seeing all these people play our game, there was both a lot of positive feedback and a variety of things we recognized we could do better. 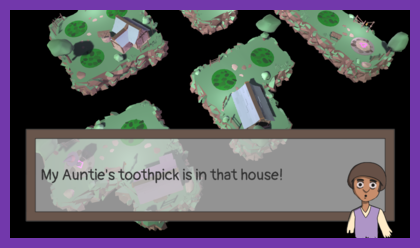 Folks got a good chuckle from some of the lines

Of course, the game is far from perfect after just two weeks, so we took notes on areas for improvement: 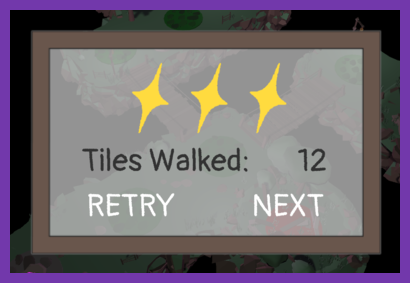 Now that both the jam and the showcase are over, the first thing we’re doing is taking a rest. 🙂 Otherwise, we’re looking forward to our next opportunity to present the game to the public, which will likely be around February 2020. We’re already considering a handful of things we can do next: 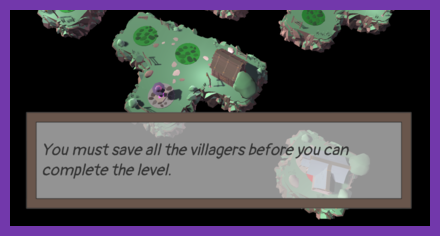 What would you like to see most? Leave a comment, or follow my itch profile to be notified of future updates. We look forward to sharing the next iteration with you in the near future! 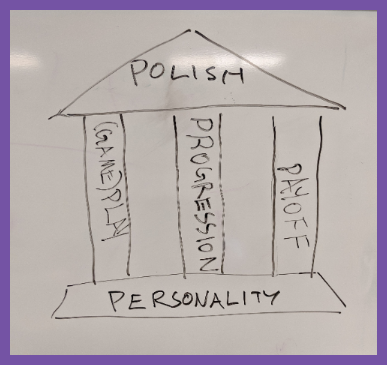 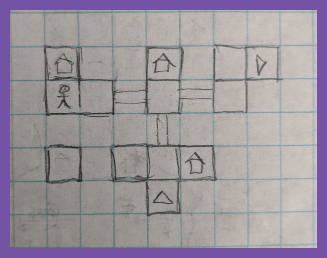 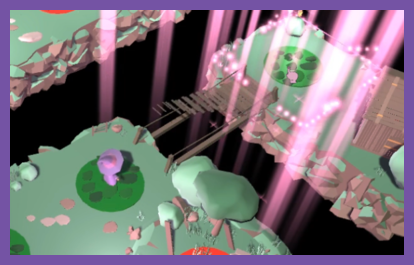 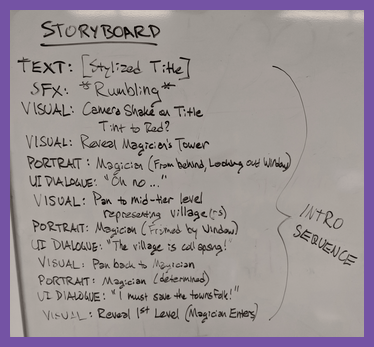 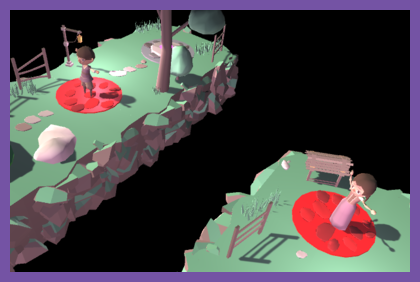 This past weekend, my friends and I had a blast participating in the Seattle Indies Game Jam 2019! It’s the largest team I’ve been on so far (nine people), and we were thrilled to earn an Honorable Mention from the judges and top marks from the community vote! If you’d like to play it, you can follow the link below. We’d love to hear your feedback as we continue to polish and extend it!

In The BridgeMaster, you are a magician who discovers that your neighboring village is collapsing! The townsfolk have been left stranded on the pockets of land still left standing. It’s now up to you to save them! In this tile-based puzzle game, you must salvage materials from the village, build bridges across the chasms, and give the townspeople a route out. Just be sure that you’re not blocking the path you create for them to escape! 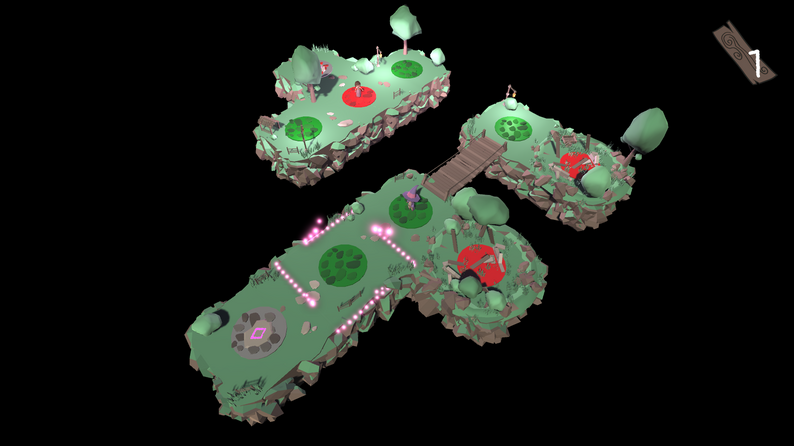 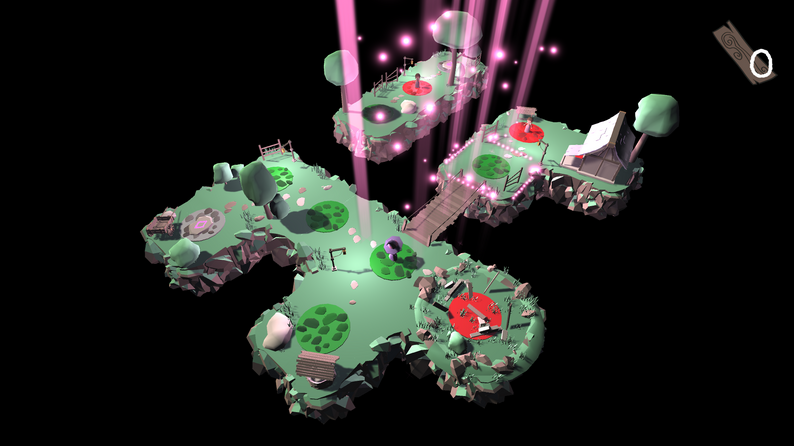 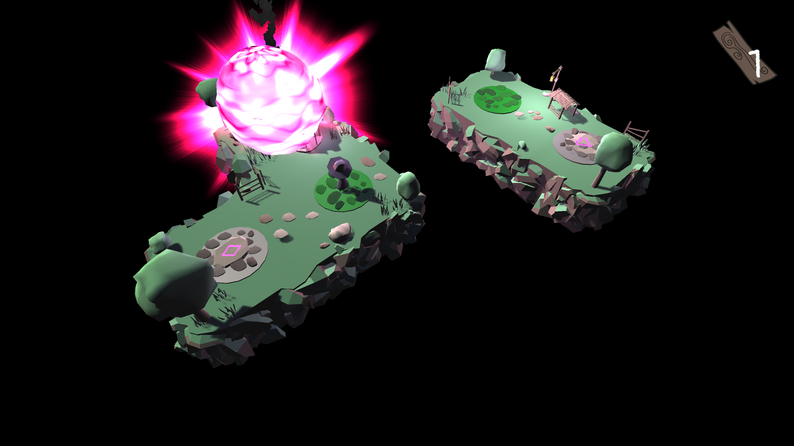